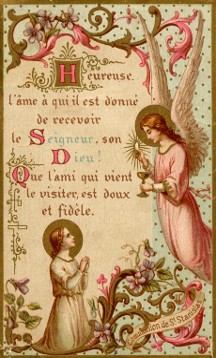 My daughter Margaret, who was born in 1950, had always been weak and ill. I had taken her to several doctors and they said that she would grow out of it. A doctor came to her school and upon seeing Margaret he sent me a letter stating that I should take her to a heart specialist. She was eleven years old at the time. When she was examined and x-rayed, it was found that she had a hole in her heart and the valves in her heart were small. She would have to have a serious operation but since she was so weak she was sent home to build up her strength for the surgery. When we came home, Margaret told me she would write a letter to Padre Pio. She did this and a short time later she received a nice letter from him. He told her not to worry but to go the hospital and everything would be all right. When we went to the doctor and another x-ray was taken, the doctor asked me what had been done to her. I told him nothing for I did not know what he was talking about. He showed me both x-ray’s. One showed a large hole in the heart and the last x-ray showed that the hole was almost closed. She didn’t have to go in for the heart operation.