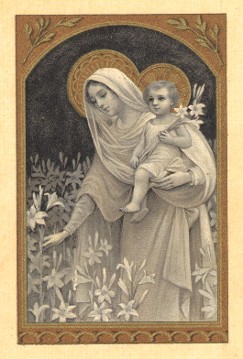 In search of God, I, a fallen away Catholic, began to look for Him through the Eastern religious practices. Instead of inner peace and greater awareness, I developed attacks of acute anxiety and dizziness. For two months I went to doctors to find some relief from my illness but they could not help me. Though seemingly lost, I was being led on the path directly to the personal and almighty God whom I sought. Padre Pio marked the path to God’s miraculous healing power.

I first heard about Padre Pio from my wife and this knowledge became my lifeline back to the Catholic church. After hearing about Padre Pio I made plans to go to the friary where he had lived. Right before the trip, the dizziness and anxiety became so bad I had to leave work. In desperation I cried out to Padre Pio to help me. I became even more ill and my doctor prescribed shock therapy. My wife entreated me not to go through with the treatments and so we went to Italy and visited the tomb and cell of Padre Pio. The tranquil surroundings gave me a feeling of great peace.

After we returned home, my sister-in-law had a dream of Padre Pio. In her dream, he was hearing her confession. She said to him: “Padre, why don’t you give Tony back his health?” Padre Pio looked at her and said with a smile, “Tell Tony that he will be fine.” In his hands was a blue pillow with a rosary on it. He told her to give it to me.

The assurance of this dream gave me strength and now, one year later, I am a healthy and happy man. I am dedicated to spreading the message of Padre Pio, the Rosary and the Catholic Church that brought me the peace of Christ.