I  work as a volunteer chaplain at a nearby hospital. Recently, when I went to the hospital there was a note for me that one of the patients requested a visit. I went to the room and found a very nice looking young man in his late twenties. He told me that he was in a lot of pain and also that he was very depressed because he had a relapse and had started using drugs again. He was in the hospital for drug related problems. He was so happy that I had come to visit him. 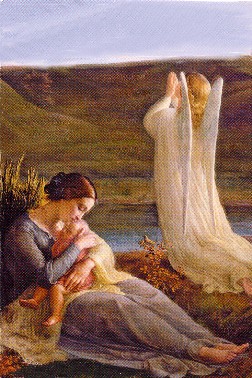 He told me that his father had introduced him to hard drugs when he was just thirteen years old and they used drugs together on a regular basis.  He said that due to drugs, four times he had gone into cardiac arrest and had been declared clinically dead.  He had a stroke on one occasion due to his drug abuse and  was paralyzed and unable to speak for a time. Fortunately his speech and movement both had returned.  However, he had started using drugs again and was very disappointed in himself. I told him that even though he had “fallen off the wagon,” so to speak, God still loved him and he should never stop trying to be free of his addiction. All the time we were talking, the nurses and therapists were coming into his room making it difficult for us to talk. “This is just my luck,” he said to me. “I finally get a visitor, and the nurses won’t  give us a chance to talk.”  I handed him the prayer of Padre Pio, “Stay with me, Lord,” and told him I would come back later in the afternoon.

When I returned that afternoon, the young man looked so much happier. He said he loved the prayer of Padre Pio so much that he had called his mother on the telephone and read it to her. The prayer  touched him so much that he cried while reading it to his mother. He told her that he was thinking that he should go back to the Catholic Church. He had been away from the Church for a long time. His mother told him that she too, would  think about returning. After the phone call, he fell asleep and he said that he had not slept so peacefully and so deeply in a long time.

I know that Padre Pio’s prayers are powerful and transforming. I have seen it on many occasions. I thank God for the blessing of seeing that power working in that young man’s heart that day.