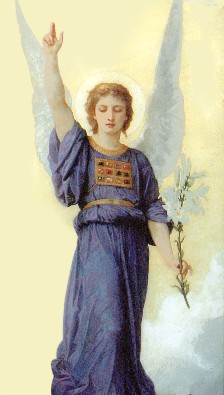 My son Frankie was diagnosed with Osteosarcoma (bone cancer) in July of 2005. He fought a long and hard battle against this illness for twenty seven months. He had four lung surgeries, amputation of his leg, radiation, and countless rounds of chemotherapy. He also developed a secondary cancer, leukemia. During his ordeal, Frankie, kept hopeful and prayerful. He kept Jesus as the center of his life, and prayed to his patron saint, Padre Pio, whose picture he always kept with him. Frankie died on Sept. 14, 2007. He was 17 years old.

The morning of Frankie’s Mass of Christian Burial, my family and I were at the funeral home where there had been a public viewing of Frankie for two days. When it was almost time to say goodbye to my son and go to St. Ephrem’s in Brooklyn for the funeral Mass, I felt my strength failing me. I dreaded this final time, knowing I would never see my son again. At that moment I prayed to Padre Pio, begging him to help me. The moment I finished my prayer, into the funeral home walked Ray Ewen. Ray had met Padre Pio in 1945 when he served in the U.S. military and was sent overseas to Italy. Ray has been a great promoter of Padre Pio ever since. Ray prayed for my son and he prayed for me. As he prayed, I felt a great sense of peace come over me and I received the strength I needed so badly. I know that Ray’s presence was an answer to my prayer. Ray does not live close by but he told me that when he woke up that morning he felt a very strong urge to get to the funeral home and see Frankie. It was not easy for him but he managed to find a ride with a close friend who was also very devoted to Padre Pio.

The celebrant of Frankie’s funeral Mass was Father Gerard Sauer. He was joined by four others priests and over 1000 people attended. Two beautiful eulogies were said, one by Frankie’s best friend, Gennaro Anzalone and the other by Dr. Joseph Marino, the Principal of Frankie’s school, Xaverian High School in Brooklyn. Dr. Marino told all present about Frankie’s faith in God and his devotion to Padre Pio.

It wasn’t long afterward that I had a vivid dream about my son. In my dream, Frankie looked well and he was breathing easily. I thought that he was alive again. He let me know that he was in Heaven and only back to speak to me for a moment. He told me that he was in a place that was so beautiful that it was impossible to describe. He also told me he was with other children. I asked him if Padre Pio was there. Frankie looked at me and said, “Padre Pio was there to meet me when I arrived.”