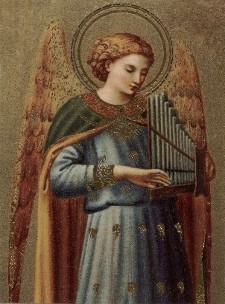 In 1952, I was a seminarian in the diocese of Pittsburgh and along with another seminarian, Tom Kirby, we went together for our summer vacation to visit some of my relatives in Italy and to see some of the places of pilgrimage in Rome. We had heard of Padre Pio and wanted to visit him so we took a bus from Rome. We were lucky to find lodging in San Giovanni Rotondo with an elderly woman. I can still remember that she cooked macaroni every night (which I wasn’t too fond of) for the houseguests. I remember the cold stone floors in her home and the army cots that all the guests slept on. The accommodations were not the most comfortable and as a young seminarian, I felt that we were really roughing it.

At the monastery, we got in line to go to Padre Pio for confession and before he entered the confessional we noticed that a woman was bothering him. She kept following him around, insisting that he give her a blessing. She would not leave him alone and he became so annoyed with the woman that he finally lost his patience and said to her in a very stern voice, “You can go to any priest for a blessing. You do not have to come to me. You must leave me alone.” Seeing this incident caused Tom and I to lose our courage regarding making our confession to Padre Pio. We decided to leave the confessional line. I knew that Padre Pio had the gift of reading hearts. I did not mind what he might tell me about my future but the idea that he could look into my soul seemed frightening to me. I have always regretted that I did not avail myself of the opportunity to make my confession to him.

The Mass was held in an outdoor arcade, right beside the church. I assumed that the reason it was held outdoors was in order to accommodate all of the people who were there. Tom and I were in the very front row,  just a few feet from Padre Pio. The sleeves of his vestments were very long, but when he raised his hands during the Mass, I could see the wounds of Christ in his hands very clearly. The reverence with which he celebrated Mass was beautiful. He concentrated on the prayers of the Mass with great intensity and he said the Mass slowly. He seemed to be “somewhere else.” I felt that he was in Heaven. He was in contact with God, we were certain of that. I knew in my heart that he was a saint.

Father Tom Kirby and I were ordained in the diocese of Pittsburgh in on May 25, 1957, a special day because May 25 is Padre Pio’s birthday. This year, 2007, I celebrated 50 years in the priesthood. I never got the chance to return to San Giovanni Rotondo but I would go back in a heartbeat. It was such a beautiful experience.