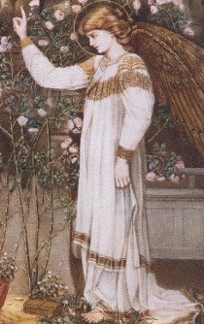 My brother was serving in the army and had been sent to Viet Nam. Every night our family prayed for his safe return. I carried Padre Pio’s photo with me and prayed to him often for my brother. I felt Padre Pio’s presence with me and shortly after that, my brother wrote to say he would be coming home. When he did come home, he was a different person. After that terrible war he became more quiet and serious. We never asked questions about his experiences and he never spoke much about it. He did mention one experience which seemed very peculiar to him. He said that one day his company was sent ahead of the others to check for the Vietcong. They were looking through the bush with their guns, when suddenly all of the soldiers smelled the fragrance of roses. They kept saying “Where are the rose bushes? It sure smells good out here.” They never did find the rosebushes and were sent back to camp. Another company was sent out to inspect the same territory. How tragic to say that the company was ambushed and not one survived the attack. According to the calculations, the Vietcong had been there lurking in the bush all along, when my brother and the others in his company were in that area. But for some strange reason, they were not attacked and they very easily could have been. I know it was Padre Pio who saved my brother’s life.