My uncle, Eugene (Gene) Grimes, told me of a miracle that occurred through his contact with Padre Pio. Uncle Gene enlisted in the Army Air Corp during World War II and was stationed at the Air Base in Foggia, Italy assigned to the 347 Bombardment Squadron. As a sargeant, he worked on the ground crew as a munitions inspector. Uncle Gene had been a devout Catholic all of his life, and he used to attend Padre Pio’s Mass in San Giovanni Rotondo which was not a great distance from the air base. He and the other G.I.’s would take a two and a half-ton truck, called a deuce and a half, up the steep road that led to Padre Pio’s monastery. He described Padre Pio as a very humble priest  and he was awed by his stigmata. He felt blessed whenever he was in his presence. Uncle Gene had the honor of being an altar server at Padre Pio’s Mass. He knew what a great privilege it was. 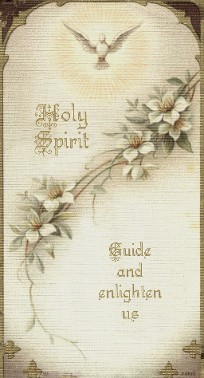 One day after Mass, Padre Pio said to my uncle, “Gino, I want you to be very careful when you go back down the mountain today.” He warned him about the brakes on the truck. Uncle Gene assured Padre Pio that he and the other soldiers would all be fine. Before they left, Padre Pio gave them a blessing. On the way down the mountain, the truck lost its brakes and began to pick up speed. The driver fought to keep it on the road. Uncle Gene was sitting in the front passenger’s side of the truck. As they came around a blind curve on the narrow and winding road, they saw a massive five ton wrecker directly in front of them. It was about to hit them head-on. Suddenly Uncle Gene’s whole life flashed before his eyes, and he believed that he was going to die. Their truck then started  to go off the side of the mountain. In an instant, their truck was back on the road but going in the opposite direction,  now headed up the mountain. There was no accident, no head-on collision. Uncle Gene and the other soldiers were awed by what had happened and knew that it was a miracle. They returned to the monastery to thank Padre Pio for saving them. They decided not to tell anyone because they were convinced that no one would believe them. In 1945, Uncle Gene received an honorable discharge from the Army and returned to the U.S. and made his home in Worcester, Massachusetts. His was very active in the parish of St. Peter located in Worcester. At that time, very few people in the U.S. had heard of Padre Pio. Uncle Gene remained very devoted to Padre Pio for the rest of his life.