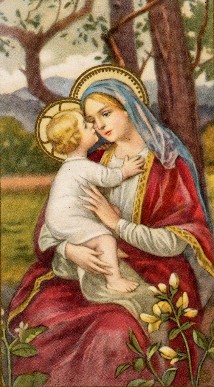 I was raised in the Catholic Church but after a time, I lapsed. I lost interest in seeking God. I was not an atheist, for I never denied God’s existence, but I lacked faith. By profession, I am a medical doctor and also a scientist. I used to say that I was a Catholic but I did not experience an authentic spiritual life until recently, when my mother, Telma Ferrari became ill. In 2008, my mother, was diagnosed with an inoperable brain tumor. After I received news of the diagnosis, I began to pray two novenas each day for my mother – a novena to Padre Pio and a novena to Our Lady of the Rosary. It was the first time in my life that I had ever prayed a novena. I chose to pray to Padre Pio because I had heard a testimonial of someone who had received a grace through his intercession and I was impressed by the story.

After a time, my mother and father joined me in praying the two novenas each day. My mother received chemotherapy and radiation at the MD Anderson Cancer Center in Houston, Texas. During the radiation treatment, she perceived the strong fragrance of roses. It accompanied her for over a month. She had an incredible response to the treatment and all traces of the tumor vanished. On one occasion, when I visited my parents at their home, we watched a movie about the life of Padre Pio. During the movie, a strong and exquisite fragrance of violets suddenly came from my mother’s Rosary. I had never experienced anything like that in my life. At that moment, we all had a sense of inner peace.

This year, my mother developed cancer of the bone and although we did not lose our faith, we were very concerned. We prayed once again for the intercession of Padre Pio. After the first round of treatments, my mother heard a voice in her home. It was the voice of Padre Pio. He spoke to her in Italian and said, “You are healed.” My mother understood the words easily for she speaks both English and Italian. After that, the bone pain that she was experiencing in her lower back went away. She was then able to walk by herself again without using her walker.

We went to San Giovanni Rotondo in June of this year, 2010, to express our gratitude for the graces that my mother (and all of us) received from Christ and Our Blessed Mother through the intercession of Padre Pio. I attended Mass with my parents at the church of Santa Maria delle Grazie and I felt moved to tears while I was at this church. They were not tears of sorrow but of joy and peace. While my mother was in the church, she noticed an intense fragrance of violets that lasted about 20 minutes. She felt a great peace in her heart. My mother’s second tumor is now in remission. We are planning to visit San Giovanni Rotondo again this year, December 2010 in order to give thanks.