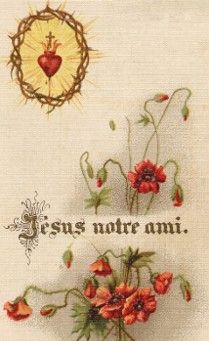 I was raised in the Pentecostal church as my father and my relatives on his side were all Pentecostals. My mother was a Catholic. However, she never taught me anything about her faith and then she passed away due to kidney disease.  When I was 36 years old my health started declining. A friend gave me a book about Padre Pio and one day when I was at the hospital, while waiting to see the doctor, I started reading the book. I wanted to learn more about my mother’s Catholic faith. That day, the doctor told me that I had kidney failure. In 2003, I started on kidney dialysis. I had other serious health problems as well. I had an enlarged heart and on one occasion I went into cardiac arrest. I collapsed and was in a place of total darkness. I felt myself pushing frantically against a black wall. I could hear my two daughters in the next room. All I could think of was to ask God not to let me die. I am a single parent and I wanted to live to see my girls grow up. I survived the experience but it was very frightening. My doctor told me I was very lucky to be alive.

My neighbor invited me and my daughters to go to church with her and I began studying the Catholic faith with the parish priest, Father Francis. However, I was getting sicker and sicker each day. I had been on the kidney transplant list for one year. In 2007, I started a novena to Padre Pio, for healing. I would pray the novena while on dialysis. I became friends with a lady named Patsy who was on the dialysis machine next to mine. We talked together about Padre Pio and she too was praying to him. On the ninth day of the novena, while I was on the dialysis machine, I raised a cross I was holding and kissed it and before I could even begin the novena prayer to Padre Pio, I heard one of the nurses shouting for joy and saying to me, “We have a kidney for you!” Patsy was so happy for me that she began to cry. Three days earlier I had told Patsy that I was so tired and in so much pain that I was ready to die.

I had the kidney transplant and am doing so much better. Father Francis told me that there was someone in Heaven who was praying for me. I immediately knew that it was Padre Pio and my mother. My daughters and I were  baptized into the Catholic church in December.  We chose Pia as our confirmation names.